Stinky got his name from his wife when he started smoking cigars and came into the house with that familiar odor. Now, he’s Stinky to thousands of fellow cigar enthusiasts.

The Idea of the Stinky Cigar Ashtray:

I developed the Stinky Cigar® ashtray out of a need at our weekly Herf (gathering of people smoking cigars).

The ashtrays would fill up so quickly with ash, cigar butts, matches, wrappers, and more. Nobody wanted to empty the small cigarette ashtrays.

The first Stinky Cigar Ashtray (mockup) was a secondhand silver plated bowl that I had for years. I noticed the deep size of the bowl and thought, “This could hold all of our ash, so we would not have to keep dumping ashtrays during our Herf.” The bowl, however, did not have any way of holding the cigars on it.

We lived close to the railroad tracks, and my children always brought back flattened coins that they would put on the tracks for the train to run them over (I did the same thing as a child). While at the Monte Carlo Casino meeting some friends to smoke cigars, I found an arcade with a souvenir coin machine that flattened a quarter. I made 3 flattened quarters and took them home, drilled a big hole in a 2×4, cut it in half and placed the coin(s) onto the curve and used a broom stick and a hammer to bend the coin. They had the right curve to hold a Cigar perfectly!

I figured it out!

Now, I just need a way to attach them to the bowl. In January of 2004, I took three flattened coins and the Silver plated bowl to old downtown looking for a jewelry store but I could not find one in that area. So, I pulled into an old radiator shop we had used many years ago and had the 3 souvenir coins soldered to the rim of the bowl. Then took it home and buffed out the scorch marks.

That night I brought the custom made cigar bowl to our Herf, and the guys loved it and wanted me to make some for them (I just brought it because I didn’t want to keep dumping ashtrays). It was a lot of work to make that first ashtray, so I said no at first. Each week they kept telling me that I should make a large bowl ashtray like the one I bring to our Herf. Again I said no because it was a lot of work . . . make your own!

With all the compliments and encouragement, it occurred to me that there might be a need for a large size cigar ashtray in the market. Out of curiosity, I contacted a company in India and started researching the idea.

I attended the NATO convention here in Las Vegas. I only had the original Silver-plated ashtray and one makeshift stainless-steel prototype. I was only showing this new cigar ashtray concept. It was only a hand-made mockup and I asked every cigar store owner or manager what they thought it would sell for in their shop if it was made of stainless steel. Their retail price comments averaged just over $30.00 (which was a lot in those days), I decided to order samples from the factory. The samples arrived just in time for the RTDA convention in July 2004. I met with an SBA consultant who suggested that I just show the factory samples and take pre-orders before ordering a (very expensive) container shipment.

At the convention, cigar store owners loved this new over-sized stainless steel ashtray so much, they agreed to sign preorders. By the end of the convention, there were enough pre-orders for almost half of a container shipment. I placed the order with the factory and the first shipment arrived on October 30, 2004. I shipped to all the pre-orders and they had the new Stinky Cigar Ashtray the first week of November . . . just in time for the 2004 Christmas season.

That’s how the Original Stinky Cigar Ashtray was born. 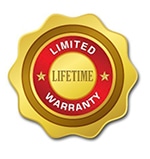